This editorial in the July 17 edition of the Seattle Times urges our legislators to finish the job of fixing the terrible Supreme Court decision called “Hirst.” This decision followed a similar decision called “Foster.”

This legislative season has seen our elected representatives play politics with a very important issue facing rural communities. What many in our cities who are unaffected by this don’t seem to understand is that Hirst and Foster have very negative environmental consequences as well as hindering the farm-to-table locavore food trends.

Seattle Times editorial says:
Lawmakers have proposed a “Hirst fix” enabling counties to continue relying on the Ecology Department, but the deal is bogged down in negotiations.
Relying on the Ecology Department makes sense. Managing water resources is complicated and costly, involving studies of watersheds that cross county lines, layers of water rights established over the last century and analysis of how tapping aquifers affects nearby surface waters.

We join the Seattle Times editorial board in urging our legislators to get real and finish the important work at hand.

The Washington Supreme Court in the Hirst decision, as well as an earlier court case, has threatened the future of farming. Access to water is at stake. Whatcom Family Farmers is calling on all farmers and supporters of farming to contact our legislators to pass SB5239, the Hirst Fix bill.

As is pointed out in these videos courtesy Save Family Farming, the Hirst decision may put an end to the strong growth in small farms driven by the Farm-to-Table movement. Similarly, the Foster decision is halting efforts by farmers to improve stream flow in the Bertrand creek in Whatcom County. The Hirst Fix bill will also enable farmers to convert surface water rights to groundwater rights and work on increasing stream flow in fish-bearing streams. 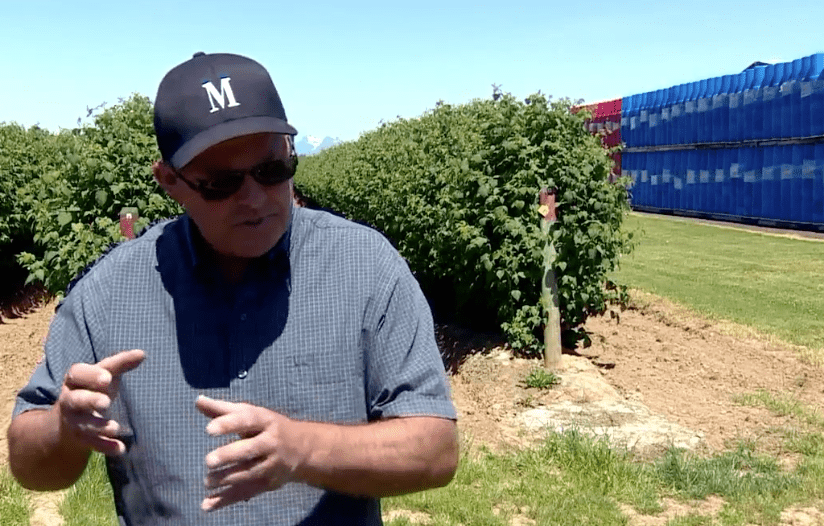 Marty Maberry along with Bellingham land use consultant Roger Almskaar were interviewed by KOMO TV and communicated the need for our legislature to fix the unfair water problem caused by the Hirst decision.

Dear (Legislator Name:)
As family farmers and supporters of family farming, we are asking for your support in passing SB 5239, the Hirst fix bill. As you know, many farmers and property owners have made multiple trips to Olympia to inform you and other legislators about the devastating impact of the Hirst decision. This bill is very important to farmers as well as to property owners or those considering establishing small farms.

We are concerned about the impact on farming in our state. As seen in the video on the Save Family Farming website, the farm-to-table movement will likely be seriously hindered by lack of action on this bill. Small farms have grown rapidly in Washington, but the trend of new, young farmers finding the small plots of land to build their homes and farms may well be slowed or stopped. This is an important result of Hirst that seems to have escaped notice of those legislators opposing the Hirst fix.
If the Hirst fix goes forward, it will not only protect this trend in small – often organic – farms, it will also help farmers working to protect fish and habitat. Farmers in Whatcom County have been working hard to protect and enhance stream flows in our fish-bearing streams by changing surface water diversions to groundwater. The efforts to protect fish, while fully supported by Ecology, have been halted by the Foster vs. City of Yelm decision. SB 5239 will give Ecology the water rights authority it needs to move forward with these positive environmental actions.
We are counting on you to help protect the environment and the future of farming and our communities.

As a sponsor of the Washington Food Policy Bill, you have demonstrated your interest in some of the issues important to the farming community.

The changes in attitudes and priorities of Washington’s food consumers toward organic farming and direct farm-to-table distribution has resulted in strong growth in our state’s small farms. As we documented in this two minute video, small farms have grown rapidly even while many mid-sized farms have gone out. Acreage in organic farms has increased ten fold in ten years.

We suspect you are enthusiastic about these developments. That’s why we want to bring your attention to the urgent need to pass the Hirst Fix bill, SB 5239. When aspiring young farmers seek small five, ten or twenty acres of land in the country to start their new farms, they will often find the need to drill a well to supply their home and farm plot. The Hirst decision will prevent that. If property they are looking at has a well, it will likely be priced too high as a result of the high value placed on small acreage with existing water. Without the Hirst fix, we expect to see the increase in small farms come to a halt.

The Hirst fix will also help protect and enhance fish, habitat and the environment. Farmers in Whatcom County have been working hard to change the surface water diversions for farming to groundwater diversions. We have a huge aquifer that is recharged to overflowing every year. Farmers are even seeking, through the Bertrand Watershed Improvement District, to improve stream flow in the hot summer months by using groundwater to augment the stream flow. Right now, Ecology does not have the authority to allow such environmental mitigation because of an earlier Supreme Court decision, Foster vs. City of Yelm. SB 5239 will provide Ecology the authority it needs to protect fish, habitat and our environment.

While some may position the Hirst fix as anti-environment, it was the Hirst and Foster decisions are proving harmful to environmental restoration as well as the food-to-table movement. Appropriate Washington food policy is needed to address these serious court-created problems.